WATCH THE TRAILER FOR LUX TENEBRIS

Vicious Italian trio The Secret return with the release of their first new studio material in six years, following the 2012-released full-length Agnus Dei. Lux Tenebris shall be released via Southern Lord on the 31st August. The band also announce new live performances – read below for more details.

Following three years without communication between members, the band regrouped under the same roof for the first time since 2015 to record Lux Tenebris, a three-song act in sonic exploration of the theme of the sepulchre.

The twenty-minute Lux Tenebris EP sees The Secret abandoning the minimalistic approach of the previous two albums, the band expanding their sound to include more layered and textural guitar work to the primordial destructive aggression that distinguished the albums Solve Et Coagula and Agnus Dei. While still visceral and confrontational, these songs show no concern for mortality and forget time and decay, creating new room for resonation and atmosphere. Lux Tenebris is an ode to the eternal night suspended beyond life and death.

The signature sound of the band is pushed to its extreme by further developing the black metal and doom influences reminiscent of the Southern Lord mid-2000s catalog, showcasing The Secret as one of
Italy’s darkest bands. Lux Tenebris was recorded by Steve Scanu and mastered by Brad Boatright at Audiosiege and completed with a cover illustration and layout by View From The Coffin. Southern Lord will release The Secret’s Lux Tenebris as part of the label’s special twentieth anniversary subscription series on August 31st with a small portion of the pressing to be available via label direct mailorder. The 12” vinyl pressing bears the three tracks on the A-side, with a silkscreened B-side; the EP will also be released on all digital platforms. 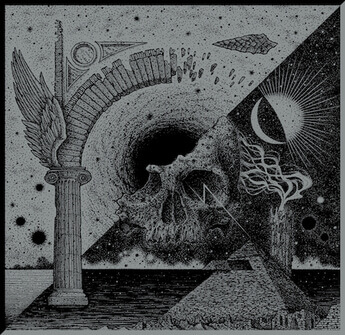 Southern Lord is releasing eight records as part of the label’s twentieth anniversary series. The bundles include a t-shirt, slipmat, and download code with each record. Find out more at the Southern Lord Store.

The Secret recently performed at Venezia hardcore fest alongside the likes of Integrity, Raw Power, The Varukers, Cripple Bastards, and more. New performances are booked for Saint Helena Festival in Munich, Germany this week, and August performances at Cudi Purci Festival in Budapest, Hungary and Frantic Festival in Francavilla al Mare, Italy confirmed for August. Stand by for new tour dates, audio previews from the new EP, and more on The Secret to be released in the coming weeks.