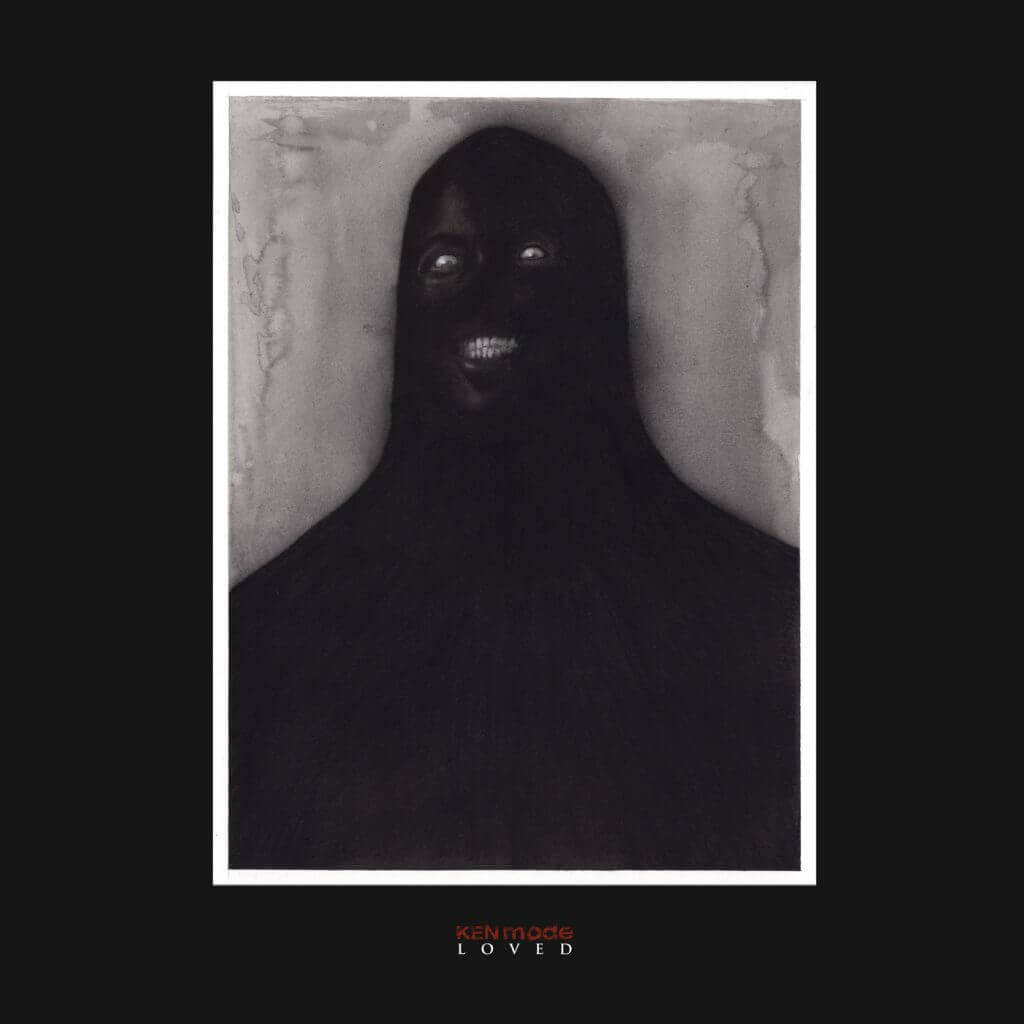 WATCH THEIR DISTURBING NEW VIDEO, “DOESN’T FEEL PAIN LIKE HE SHOULD“

KEN mode announce their seventh full-length Loved which is incoming via Season Of Mist (New Damage Records in Canada) on August 31st. As an early taste of the album, the band have shared the disturbing video for the opening track “Doesn’t Feel Pain Like He Should” The album represents yet another pivot point in the group’s sound, a departure from the indie/noise punk focused songs on their previous album, Success. On Loved the group delve deeper, and darker than ever before. This vicious full-length may be the group’s quintessential statement of violence and despair made sonic.
Drawing from not only the desperate noise and industrial sonics of the 80’s and 90’s, KEN mode has mixed in the decidedly more extreme tone and presence of death and black metal, expertly captured by Andrew Schneider’s (Unsane, Cave In, Daughters) sick vision of noise and girth. “We entered writing for this album with one goal in mind – to please the smile”, states frontman Jesse Matthewson, referring to the cover piece by the band’s long-time collaborator Randy Ortiz.

Jesse continues…“We wanted to make an album that represented a thinking person’s reaction to the political/technological climate we are existing in today. We wanted to make the perfect album to put on repeat while pushing your physical limits to their maximum, if only to silence the noise that is constantly whirring around inside of your own head, even for a brief moment. We wanted tones that bash and cut, and for you to feel that desperate part of yourself clawing for a way out. And then, just when things are at their most bleak, you start to focus on what’s actually being said, and you’ll see the humour in absolutely everything that is transpiring before you. THAT is Loved.”

Tracklisting
1. Doesn’t Feel Pain Like He Should
2. The Illusion Of Dignity
3. Feathers & Lips
4. Learning To Be Too Cold
5. Not Soulmates
6. Very Small Men
7. This Is A Love Test
8. Fractures In Adults
9. No Gentle Art

Kill Everyone Now mode. KEN mode: an ethos legendary Black Flag frontman Henry Rollins would use to describe the band’s state of mind while taking the stage for the endless touring cycle of their genre defying classic album ‘My War’. This proved to be the psychological foundation/attitude for the project brothers Jesse and Shane Matthewson would form in 1999 in their home of Winnipeg, MB, Canada that would see them spread a manic form of metal and hardcore infused with noise rock for their entire adult lives.

But burnout was inevitable, and in 2016 the band took a step back to regroup: core members, Shane and Jesse, formed their own music business management services company, MKM Management Services – who now maintains a who’s who of Canadian metal, punk, and hardcore bands as its clientele; Jesse went to Thailand to study Muay Thai full time; while bassist Scott Hamilton released records with his other bands Adolyne and Greylight District and managed film programming at the Broadway Theatre at his home in Saskatoon. In 2017 the band began writing with a newfound focus and desire, in the most collaborative effort they have ever put together.