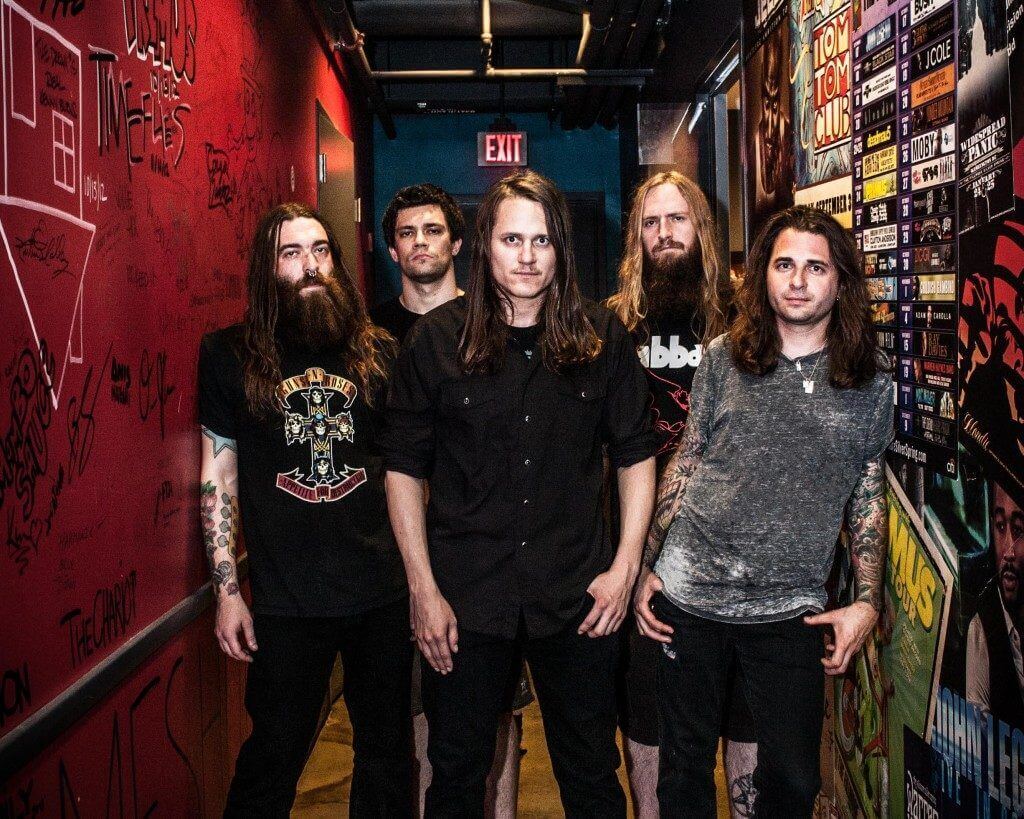 Darkest Hour have shared an official video for the song “Enter Oblivion,” from their latest album, Godless Prophets & The Migrant Flora.

The new video was directed by Darkest Hour vocalist John Henry, with director of photography Ben Hoffman and produced and edited by Chad Fjerstad. On filming the video John Henry comments, “I wanted to find a location that I felt would represent the nomadic theme of the song. When I came across Rainbow Basin outside of Barstow I immediately knew it was the right spot. There’s a real beauty about the bleakness and harshness of the desert which stands out as the true star of the video.”

Adds guitarist Mike Schleibaum, “We chose the song ‘Enter Oblivion’ because it shows a different side of the album then we first presented. This song sits in the middle of the album and although it doesn’t crush with the same speed as the others it presents a depth that is all its own. The style of this song really allows for the band to breath sonically and the production of Kurt Ballou to really stand out on this track, especially in those drums! This is song for those who live outside of the borders of man and the laws of nature. For those who have found themselves in the act of constantly searching.”

Raw as all hell, musically complex, melodic, yet cutting with razor blade precision, Godless Prophets & The Migrant Flora is fierce and hungry for blood, and this album helps solidify Darkest Hour’s legacy as a major metal powerhouse.

Darkest Hour’s Godless Prophets & The Migrant Flora is out now on CD, black vinyl LP, picture disc LP, and all digital platforms via Southern Lord; find ordering options at the label’s webstore, and via Bandcamp.

“The quest that Darkest Hour, the D.C. melodeath warriors, have been on for more than two decades is one that is wholly about tearing faces off with precision, intent, and riffs. The band’s most recent album, last year’s great Godless Prophets And Migrant Flora, showcased them knowing exactly what kind of music they wanted to make and how to make it.” – NOISEY