Skip to content
In November last year, right before Ulver embarked on their European tour supporting the wildly successful The Assassination of Julius Caesar (with now over 4 million plays on Spotify), out of the blue they dropped the EP Sic Transit Gloria Mundi digitally on their own Bandcamp – under the radar of most. It followed a bit later on Spotify, iTunes, etc. Now Ulver are presenting the album in physical form for the first time by way of a 12″ upcoming on House Of Mythology this December. In conjunction with this news, Ulver also reveal a special show on Thursday March 21st 2019 at Irving Plaza in New York, tickets go on sale today via this link.
About the EP the band have issued a short statement on the three new studio songs:
“The sad remains from the Caesarean banquet. Two songs we kind of left on the drawing board but resumed work on this summer. Additionally, a cover of a childhood favourite – one we actually started some twelve–thirteen years ago, around the time we first started talking about making some ‘pop’ music. This EP was finalised in our new studio in the old town of Oslo in September, and sent over to Youth’s in London in October, for imperial sound quality. Ulver, The Colony Room, November 11 2017.”
Ulver also uploaded two videos, using footage from their spectacular concert at Labirinto della Masone, Italy, last summer. Two songs, “Southern Gothic” and “Transverberation” from said concert have now been properly mixed, alongside “Nemoralia” from Odeon Theatre, Tasmania, same summer, and finally “Rolling Stone” from Grieghallen, Bergen International Festival, this year.
The band has decided that for the time being these four live tracks will only be available on this vinyl edition. 25 minutes of exclusive bonus material, as a bit of a reward or incentive to those who still buy physical music.
The vinyl is available in three different colours: punk yellow (500), purple (500) and classic black (1000). Available to purchase as follows:
US Buy Link:
https://houseofmythology.indiemerch.com/item/65244
US Store Link:
https://houseofmythology.indiemerch.com/ 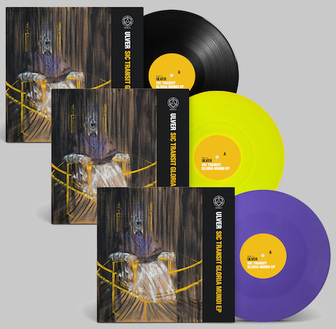 The cover shows Francis Bacon’s Study Aer Velásquez’s Portrait of Pope Innocent X (1953), used with kind permission of Des Moines Art Center. Design by the immaculate Paschalis Zervas, + wolframgrafik.
It has taken almost a year, but House of Mythology are very pleased to finally present a full 12″ of Ulver music on, while we eagerly await their next endeavour.
THUS PASSES EARTHLY GLORY.
www.houseofmythology.com 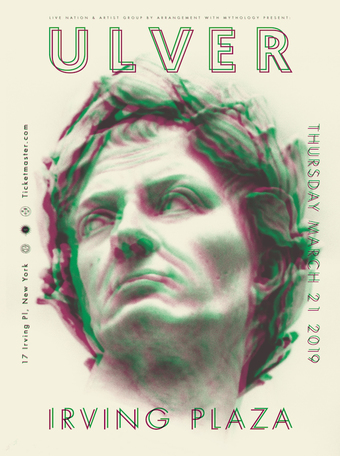