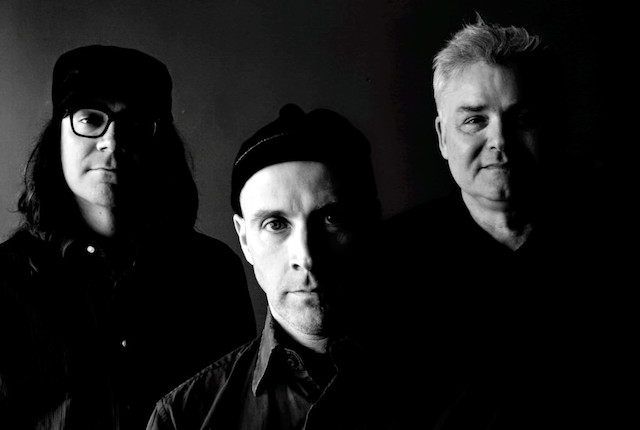 The Messthetics are a power trio comprised of Fugazi‘s rhythmic architects, drummer Brendan Canty and bassist Joe Lally, alongside guitarist Anthony Pirog. The trio are touring in January and February next year in support of their self-titled debut which was released via Dischord Records in Spring this year.  Dates and further details below.
The Messthetics Tour dates 2019
25/01 UK BRISTOL LOUISIANA
26/01 UK LONDON LABEL MATES (INDOOR) FESTIVAL
28/01 UK BIRMINGHAM HARE & HOUNDS
29/01 UK NOTTINGHAM BODEGA
30/01 UK LEEDS BRUDENELL SOCIAL CLUB
31/01 UK NEWCASTLE THE CLUNY
1/02  UK GLASGOW BROADCAST
2/02  UK BELFAST VOODOO
3/02  IRELAND DUBLIN GRAND SOCIAL
5/02  UK MANCHESTER NIGHT PEOPLE
6/02  UK LONDON  BOSTON MUSIC ROOM
7/02  BE BRUSSELS MAGASIN 4
8/02  BE ARLON L’ENTREPOT
9/02  NL DEN HAAG GRAUZONE (INDOOR) FESTIVAL
The Messthetics, The Messthetics
(Dischord Records)
OUT NOW & STREAMING VIA BANDCAMP
About the album…
Bands can be dangerous when their members have accrued enough mileage to see their chops season into something like musical wisdom. When that understanding has the rare opportunity to percolate through a collaborative environment founded in love and anchored in gratitude, well, then things can get rather intense. Anthony Pirog writes difficult music because original music usually is. Yet the ideas that he feeds through The Messthetics are embraced by the Canty-Lally time machine, not just with precision and nuance, but with soul, joy, and groove. These last three are, indeed, the big guns in this spiritual war that music must become in the post-Trump era.
Recorded by Brendan Canty in their practice space, the trio’s debut is comprised of eight original compositions of decisive instrumental music and one cover. Their sound is guided through complex changes and harmonic densities that might compound, but never confound or muddy its connection with the listener’s body. Anthony Pirog’s guitar textures and styles are exchanged as freely as an octopus changes patterns. Brendan Canty maneuvers through this rhythmically shifty music with a fluid briskness that is periodically disrupted by the clang of his bell (a piece of kit that he brought back from the Fugazi days) and Joe Lally locks into a rock-solid groove, from which he explores eastern rhythms and interesting harmonies.

The initial concept was to mix noise/improv guitar with dance grooves – a kind of apocalyptic dance party where the beat keeps you moving, but the guitarist relentlessly terrorises you. The first track, “Mythomania” retains elements of that posture, but as reality has itself become more daunting, Anthony – a fearless guitarist – has moved closer to his listeners, and is now willing to astonish without being so confrontational about it. That doesn’t mean The Messthetics in any way retreat from the responsibilities of a “hard” sound, just that its volume and edge never eat the bold structural ideas that define this new music. Anthony will even lubricate his tricky time signatures with energetic two-note riffs to keep the listener head-bobbing through the twisting structures. And when their collective voice is thick and heavy (like on “Crowds and Power”), it is neither ponderous nor plodding.  Their performances and this debut recording have a lift and buoyancy that reflect back into the audience the love and gratitude at the foundation of this trio’s journey. — adapted text by Dr. Thomas Stanley (aka Bushmeat Sound)
“Taken as a whole, The Messthetics breathes and swims organically, a mini-symphony of telepathic, extemporaneous interplay between three modestly masterful musicians, a work that relocates the mind and brushes the soul while moving the body”  – NPR
The Messthetics On Dischord