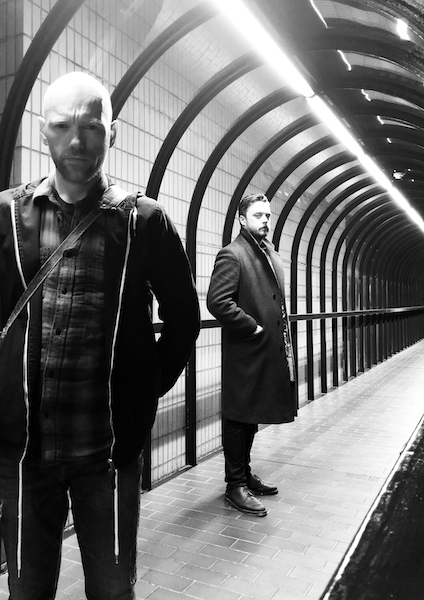 LISTEN TO “MARINE PARLANCE” FROM THE UPCOMING ALBUM
Markers are a London-based guitar duo comprised of seasoned musicians Jason Carty and Jodie Cox, both prolific members of the city’s math rock scene, as founding members of and collaborators with the likes of Sex Swing, Narrows, Geiger Counter, Foe, Exes, Rohame, Art of Burning Water and Earth.
Markers’ debut album, Heaven In The Dark Earth is for them a radical departure from genre music. Without voice or rhythm section and only the sound of their two guitars, Carty and Cox explore how each note is wrung or coaxed, relying heavily on tone, dexterity and carefully refined song-structure. The duo enter an intimate conversation, completing, interjecting or daring each other’s turns of phrase, revelling in the all-encompassing instant suspended in a tone (and vice versa: a tone suspended in an instant), before the barely articulated haunting chords disappear into oblivion.
Whilst rejecting the protective shield of the hard-rock formula might have left Carty and Cox utterly exposed, Marker’s have pinned all their faith on the primordial power, and nuanced musical realms of strings plucked by a human hand. Their music flows freely, like a lyrical stream of consciousness absorbing and reflecting elements of the world in which it is embedded. The results are revelatory, as the duo discover a whole new range of structural possibilities and ultimately, achieve a higher degree of emotional expression.
Markers’ music is firmly anchored in time. Thus, it naturally forms an intricate relationship with the medium of film. Both guitarists have a keen interest in cinema, especially in its slower, meditative variety, quoting Angelo Badalamenti (Twin Peaks, dir. David Lynch), Ry Cooder (Paris, Texas, dir. Wim Wenders) and Johnny Greenwood (There Will Be Blood, dir. Paul Thomas Anderson) as their primary influences. Their work is born from a fascination with the process of becoming, evokes images of unsettled skies and a vast, rugged landscape striped with dirt roads stretching as far as the eye can see, and much beyond, into the unknown.
Ultimately for Markers, it is this patient reverence to a single musical unit, carrying a sliver of a mental image encapsulated in time, that gives their work not just meditative but nearly metaphysical quality, as they strive to touch upon the intangible. (adapted text originally provided by Anna Bajor-Ciciliati, 2018) 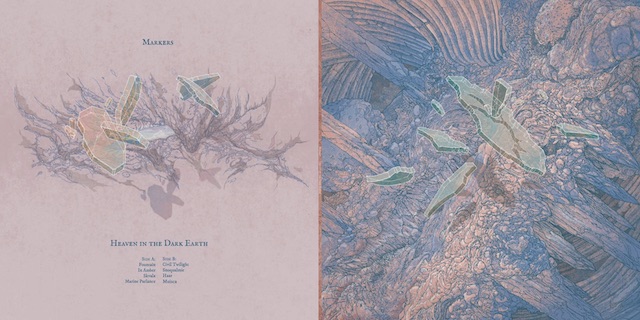