Skip to content
Constellation is proud to announce the second full-length solo album by violinist and sound artist Jessica Moss (Thee Silver Mt. Zion, Vic Chesnutt, Carla Bozulich). Entanglement is incoming on the 26th October, and shall be supported by extensive touring in the UK, EU and North America throughout the Autumn. Stream first single “Particles (Edit)” below.
LISTEN TO JESSICA MOSS “PARTICLES (EDIT)” VIA iTUNES, SPOTIFY & SOUNDCLOUD
Jessica Moss has been blossoming as a solo artist since the release of her acclaimed debut album Pools Of Light in spring 2017. The violinist, composer and singer best known for her fifteen-year tenure in political post-punk band Thee Silver Mt. Zion is newly ascendant as a soloist, captivating audiences with gritty, warmly expressive electronic- and drone-inflected post-classical Minimalism (and sometimes Maximalism), accented by a distinctive melodic sensibility that channels Klezmer, Balkan and Middle Eastern tropes. Moss has played 80 shows in the past year, including appearances at Big Ears, WSO New Music, Le Guess Who?, Zemlika and Supersonic, participation in multiple editions of Basilica Hudson’s 24-Hour Drone Fest, and a mix of headlining dates and opening slots for the likes of Zu, B I G | B R A V E (on whose most recent album she also plays), and labelmates Godspeed You! Black Emperor.
On Entanglement, her new and second album, Moss channels quantum theory as a metaphor for creating energetic connections through esoteric processes. Using violin (and occasionally, voice) as sound source, her compositions are set in motion like entangled particles – spinning, ricocheting, warping and stretching in extra-dimensional space. “Particles”, the magnificent 22-minute opus, is a stunning transmission of cosmos-level wonder, mystery and dread. Conjuring up sound as if from dark energy, the piece gradually humanises the void as a circling string theme develops then retracts to a single note, stretches space-time through a slowly developing drone, and clears a haunted celestial expanse for Moss to introduce hushed, keening vocal lines that layer one upon the other. “Fractals” is a work in four parts that unspools through various iterations of folk-inflected phrases, played on amplified violin, sampled in real-time, and redeployed in entwined pairings, echoes and cascades. Here, Moss wields the violin with a narrative intent perhaps more commonly associated with solo horn in the jazz tradition – the power of the single melodic line, the instrument as expressive analogue to human speech and voice.
Profoundly informed by the experiences of travelling alone – playing in precarious spaces preserved by passionate subcultural communities, attempting fragile, intimate, abstract transmissions through sound and performance – Moss’s new music on Entanglement invokes the striving for communication/connection in isolation, the mysterious energies that bind the singular and the universal, and the indomitably terrestrial energies that bring micro- communities of people together to partake sustainably and attentively in human-scale shared experiences. This is long-attention-span music that wonderfully synthesises form and substance, spit and polish, austerity and lushness, expansiveness and intimacy. Entanglement is a deeply felt and deeply rewarding work that testifies to the unique stylistic and textural space Moss is carving out in the contemporary/New Music continuum. 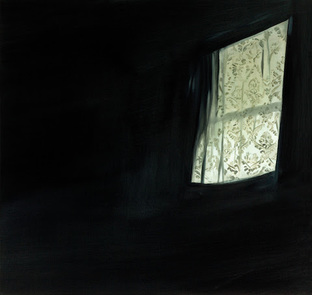