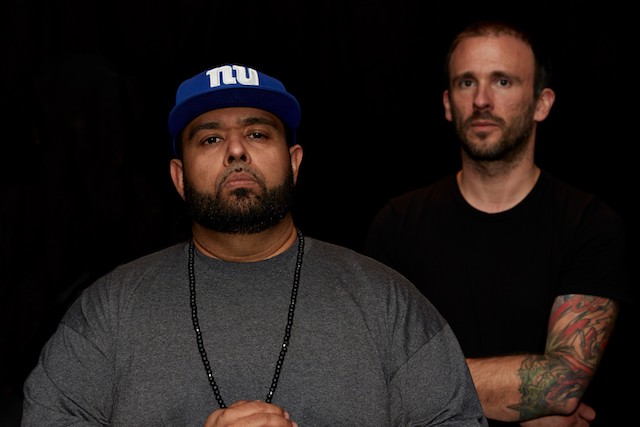 Eclectic German label Exile On Mainstream present a limited 12” vinyl-only EP from long-running and innovative Union City, New Jersey-based hip-hop act, Dälek, titled Respect To The Authors. The record is released in March 22nd in direct conjunction with the duo’s European tour which includes performances at Exile On Mainstream’s 20th Anniversary festival celebrations in Germany, and in Holland as part of Roadburn.
Dälek does not have a message, they are the message. They combine both the power of sound and words with a singular and undisputable style, focussing on both on tone and content, while staying true to the roots of hip-hop, incorporating their love for monolithic sound arrangements, and a dream-like haze of sheer volume. Subversive, paradigm-changing, mind-blowing. For Exile On Mainstream, to release Respect To The Authors is nothing less than a long-time dream coming true, for they have been friends with Dälek for well over seventeen years, and this release brings their like-minded efforts full circle.
Dälek’s strictly limited, one-off, vinyl-only EP, Respect To The Authors is intended to be sold on tour and through a few select online outlets. With six dense and diverse tracks delivering a half hour of new music, the record was mixed by Will Brooks (MC DÄLEK) and Mike Mare at Deadverse Studios III, Union City, New Jersey, with cuts by DJ rEk (Rudy Chicata) and Brooks, keys by musical guru Joshua Booth, bassist Jeremy Winter, and additional source elements on “Defiant” provided by Chris Cole and on “Respect To The Authors” by David Obuchowski. Additional mixing by Jesse Cannon at Cannon Found Soundation in Union City.  The album was mastered by Alan Douches at West Westside Music. Art and design by Mike Mare.
Respect To The Authors shall be released March 22nd on 12” vinyl EP; find pre-orders internationally at the Exile On Mainstream webshop 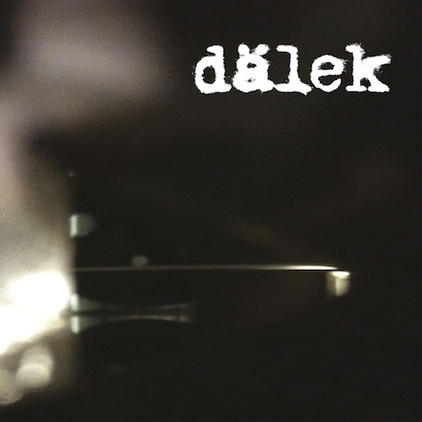