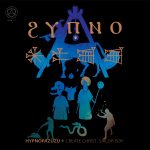 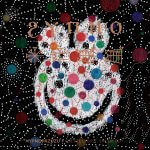 Hypnopazūzu is the duo of none other than the legendary gentlemen Youth (Killing Joke and 1008 other worlds) and David Tibet (Current 93 and 93 other worlds). They both first skipped together on Current’s debut album Nature Unveiled in 1983. Create Christ, Sailor Boy is their new album, and their first as Hypnopazūzu.

A transformative union of two visionaries, Hypnopazūzu sees Current 93 speller David Tibet joining forces with Youth, famed not only for his work as bassist with Killing Joke but for production and collaborative work with an outlandishly eclectic list of artists from Alien Sex Fiend to Paul McCartney. Together, they’ve created a singular hallucinatory vision that marries symphonic splendour to gnostic intensity – Create Christ, Sailor Boy manifests opulence  muses earthly and unearthly to summon a collection of songs unlike anything either artist has created heretofore.   “I think I first met Youth in the very early ‘80s at a club called the Bat Cave in Soho; I asked Youth to play bass on the first C93 album, Nature Unveiled, which he did” relates Tibet on this partnership. “Then we probably didn’t have any contact for around 25 years, though I was very aware of what he was doing. A few years ago, I started working with David Bianchi, who put C93 on for two nights at London’s The Forum venue. He managed Killing Joke—and Youth and I met again through David. Youth suggested I go to his London studio and record an album with him. So I did… and we did!”

Together, these two quickly manifested an uncanny chemistry, with Youth’s ornate and dramatic arrangements reacting against the vivid hypnagogic visions of Tibet to arrive at a psychic hinterland at once surreal, sumptuous and colourful in its opulence. Little was discussed in terms of a pre-ordained approach between the two, with a mutual trust fuelling an intuitive journey into dreamlike revelation. “The album worked organically: Youth created the music, and I wrote the lyrics, and it all worked as beautifully as we knew it would” notes David, “There was no plan—it was spontaneously channelled by both of us from The Spheres above. Youth is the master, and only he can tell you how he summons such extraordinary music. I just sit and watch in delight and amazement. He is an Archōn!”

Tibet’s lucid dealings with both chaos and cosmos navigate dizzying peaks of intent and intoxication herein, as the dreamlike rapture of ‘The Sex Of Stars’ and the ritualistic mirage ‘The Auras Are Escaping At The Forest’ portray him, backed by the emotive and expressive power of Youth’s arrangements, as a conduit for unknown and unhomed forces. Nonetheless he stresses that his mode of expression herein do not mark a departure from his areas of exploration in Current 93 “There is no difference in terms of the ideas and the dreams and the spheres I used in this album and in this project to anything I have done with any of my other faces. They are all the same face!”

“The name brought together 3 beings, and 2 languages, that move me and delight me and trouble me. Hypnagogia. Hypnos. Pazūzu. The Coptic language and The Akkadian language” he elucidates. “The group’s name brings together these five worlds. Youth kindly allowed me to choose the name, on the basis that we called the album Create Christ, Sailor Boy, which was a line of mine that he liked, and which opens the album.”

Transcendent and tumultuous. Create Christ, Sailor Boy is no less than two spirits merging to create a sidereal glimpse into the unseen and uncounted. Yet with a London date planned for October, it also seems likely this partnership will be a fruitful one, both in this realm and other playgrounds. “I am happy always to work with Youth in any way, forever and for ever and always and in all ways” stresses David. “I wait for my Ouija Board Planchette to receive his Mind’s Eye Text.”

93 years in the making, this elaborately-packaged 3-sided LP (it will have a laser etching on Side 4) contains ten songs and brings together spheres and planets for the Ultimate Hallucinatory PickNick. Also available in CD and digital formats, check out the House of Mythology store to order.

This album comes with two different front covers; one by David Tibet, the other by Youth.